I don’t really write about fashion.

A few months ago, as I was getting dressed in the morning, I was greeted with, “You can put anything on and make it look good.” That compliment has stuck with me and made me want to write about fashion (that, and other things, like I actually actively try to stay abreast of the industry). Then a whole bunch of other stuff happened in my life, and I forgot about focusing my writing on fashion.

Last night, as I was watching my YouTube subs (as one does), one of my subscriptions posted an everyday carry (EDC) video, and I thought that the stuff he carries every day was cool and that maybe the stuff that I carry would inspire others to follow.

It gave me the idea to share my own EDC items that I think every one should own in 2021.

Have you ever misplaced your keys? Or have you misplaced anything ever? Chances are you’re nodding your head in agreement. This is the exact reason why I opted to get a Tile Mate, which hangs off of my keys. I really wish I owned this before my car was broken into and my home keys were stolen. Sure, maybe the cops wouldn’t have done anything with that data, but maybe I would be able to go kick some butt and get my keys back. But I’m hoping your reasons to own one are just down to forgetfulness and not revenge.

I absolutely hate bulkiness in my pockets. I also hate jingly noises, unless it’s Christmas. Wanting something to solve the bulk and jingly noise of traditional keychains, I bought the KeySmart and absolutely live for this thing. It’s a device that sandwiches all your keys together, and depending on the style, you could sandwich even up to 14 keys. Though owning that many keys are kind of weird. It also allows for various key sizes, from long front door keys to mail keys. I have used KeySmart for years now, and whenever I see someone else using it, I compliment them on how smart they are. The person, not the key. Well, I guess the key too.

Number three kind of piggybacks off of number one, but I recently bought into the Tile Slim, which I slot into my wallet. It’s the same principle, track your Slim wherever it is through the Tile app. The cool thing about Tile is that you can ping your device from your phone or ping your phone from your device. There’s a community of other Tile users that, if near your Tile, can find it. I don’t know how you get into contact with someone who finds it (I hope I never have to find out), but that’s really cool. The Slim is perfect for a wallet, portfolio case (with an iPad, for instance), or a purse/bag. If you’re the type to be hypersensitive about location data, then perhaps the Tile isn’t right for you.

I hate bulk. It’s not a good look when you’re wearing skinny jeans. Since 2016, I was rocking a slim YSL Card Case that served me really well for a few years. The Tile Slim complicated matters as my card case became way too cramped, and it was difficult taking things out of my card case. I recently opted to go for a Louis Vuitton pocket organizer for a little bit more compartment space and still a slim profile. I’m not advocating to go out and spend a whole bunch of money on a pocket organizer or card case because you can definitely get more inexpensive options for around $50-$100. But the way I see it, I fork money over for a new wallet every five or so years. When you buy a designer wallet that increases in value over the following years, you can sell it and either make back your money or make a few hundred dollars profit, as long as you keep it in good condition. The YSL case I bought in 2016 was $125 and is now going for about $200. Quick maths, I’m profiting about $100 after selling it. Oh, and also, slimming down your wallet profile allows more pocket space for other stuff.

Don’t you hate driving, and the sun annihilates your eyeballs? Or don’t you hate UV rays and how they age you? Or don’t you wish sometimes your outfit had that little bit of extra oomph? You’re probably nodding your head in agreement. I never leave my house without a pair of sunnies. I’m a fan of Rayban and have owned multiple sunglasses throughout the years. I rock the Phantos frame currently with purple mirror lenses. The Phantos frame is great for oval and round face shapes. I also rock the timeless Clubmasters. But the logo on the left arm is hanging off now (I have had them for six years). Honestly, you can never go wrong with a tortoise or black frame. If you’re in the market for shades, get one of those colors first. Only get an out there colored-frame/lenses as secondary or tertiary glasses. Also, I’m well aware of the monopoly Luxottica has on the sunglasses industry, where they mark-up glasses by 1,000%. If that’s an issue for you, there are other brands that Luxottica doesn’t own, such as Warby Parker.

Don’t you hate when you’re standing in line for something or waiting in a long-ass queue, alone with your thoughts? You’re probably nodding your head in approval. That’s why I never leave home without a pair of earbuds. My personal preference is the Airpod Pros, but I used to be a fan of the Airpod Second Generation. Honestly, if you’re rocking an iPhone, you owe it to yourself to grab a pair of Airpods. I would scoff at how they looked (when I was a huge Android fan) and would never think about putting any money towards them. Then I decided to give them a try, and I’ve been a loyal Airpod user to-date. And if you’re rocking the gen one or gen two, thinking of getting the Pros (maybe they’re on sale or something), you really have to do it. The noise-canceling and transparency modes are no joke! At first, I was worried about the annoying “in-ear” feel of these bud styles, but I don’t have any issues with that feeling. Airpods are also really good for video calls and phone calls at work as they’re way clearer than the microphones on laptops.

Don’t you hate having to take your phone out to change the song or to check the weather? Don’t you just wish you could do it all from your wrist? I bet you’re nodding your head in approval. I virtually never leave home without my Apple Watch. My favorite thing about the Apple Watch is the ability to control my music without having to use my phone. The other cool thing about it is how it limits my phone usage as I can quickly preview a notification with a flick of the wrist. Lastly, the ability to swap out the bands for whatever style suits you is a good shout. I used to rock a black crocodile leather band, but it got really warm and sweaty here in LA. I’ve since opted for this mesh band from Amazon that feels almost like I’m not wearing a watch at all. Of course, there are other options for you – Android or even a traditional watch. Point is, never leave home without one.

If space permits it, which it should if you’ve taken the slim down advice above, you can have space for a chapstick or lip balm. My personal favorite is Vaseline’s Lip Therapy Cocoa Butter. It smells awesome and a little bit of it definitely does a long way. You want your lips looking and feeling their best when you whip out your boss shades and slick cardholder, amirite?

This one is definitely a sign of the times. I never leave home without sanitizer and a face mask. And you should never leave home without them too. Protect yourself and your loved ones by showing that you care – wear a face mask and keep yourself clean. I opted to go for a jersey felt style as it’s cozy on my face. I used to try to match my face masks with my outfit, but I stopped caring about doing that and just rock whatever is most comfortable. Though, I’m debating buying a Scorpion one. Get over here, face mask!

There you have it, nine things I never leave home without. Do you rock any of the above? Did I inspire you to get something to rock for yourself? 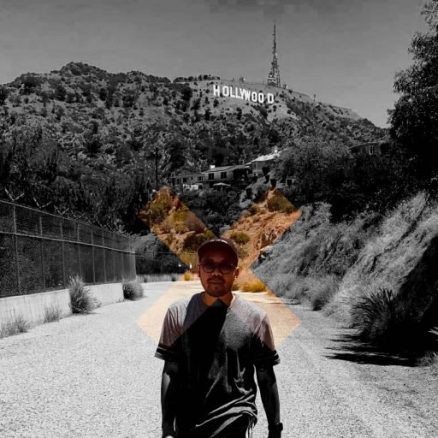 "It's not a lie if you believe it." - George
I've waited almost a year for my custom license plate. But it's well worth it. Black and yellow never looked so good. (Daft Club)
Here's your sign to get a dashcam that records inside your car too.
But I never turned Hollywood.
Just another interlude.
This one is called "The Canadian."
Loading Comments...
%d bloggers like this: