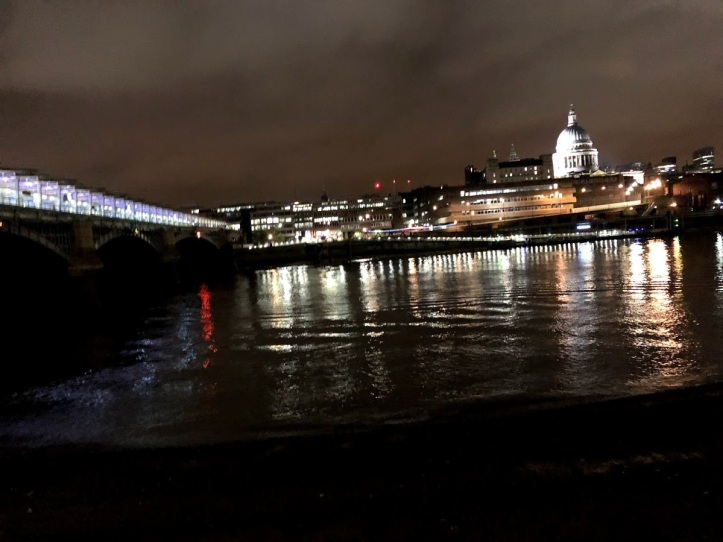 Day three in London is a good mixture of day and night activities. I mean, my jet lag and stomach have finally sorted itself out, so I make the whole day worthwhile.

I start the day off with a little consumerism – well, sort of. I visit the cool outdoor/indoor mall that is Covent Garden, something that I feel to be too futuristic. It’s chalk full of great shops, like Tom Ford and All Saints, live music, street performers, and generally beautiful architecture. I think someone can easily spend a full day here as there’s so much to do!

After heavily debating buying stuff from Tom Ford and All Saints, I didn’t by the way, I venture again through the streets of London and stumble upon the gorgeous St. Paul’s Cathedral – the outside at least. I undermined just how beautiful the interior is and eventually return on a later date to find out. But even the outside is still breathtaking. 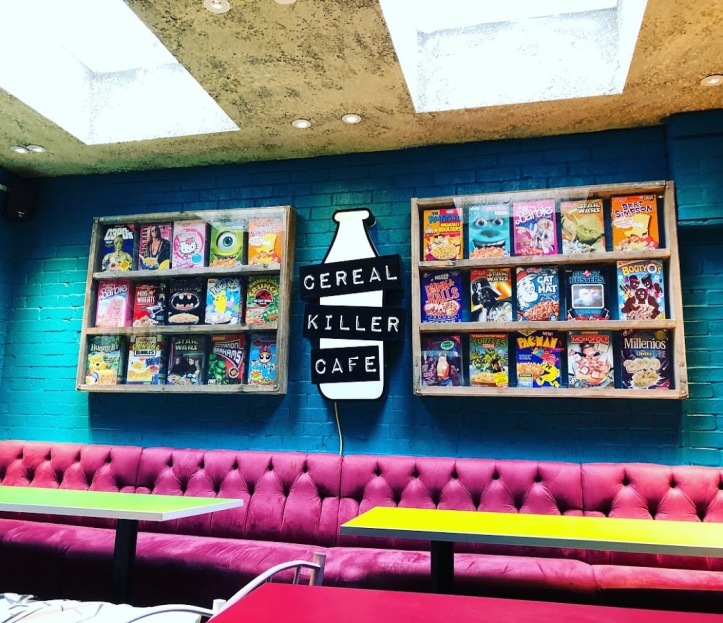 Remember how I mentioned that one of my favourite things to do is explore? Enter Cereal Killer Cafe. Not only is this place full of a boatload of different cereals, it also plays off of all the nostalgia us millennial kids love! Toys from the 90s, VHS tapes along the walls, cassette tapes as menu holders, beds you can sit on instead of chairs. This is by far one of the neatest establishments I’ve ever been to. And they don’t only have cereal, they have snacks like corn-flake chicken, and mac and cheese. This is one of my main recommendations for food and drink if someone asks me, “Where should I go to in London to eat?” 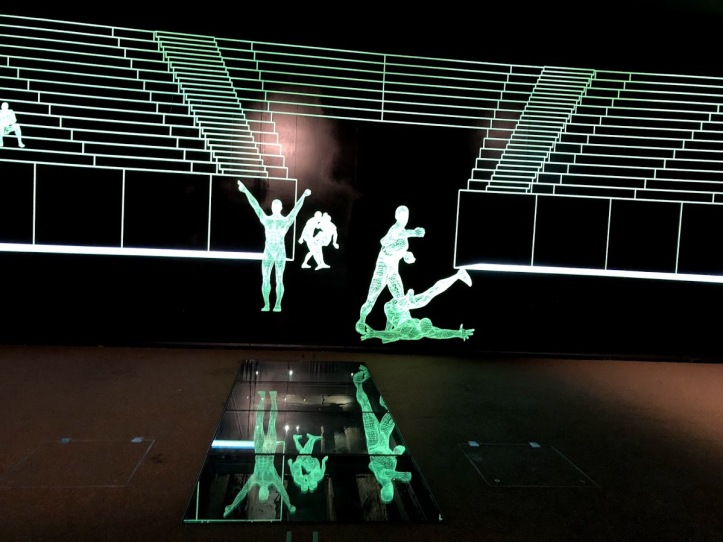 After killing a few hours, I check out the Roman Amphitheatre, which is an underground exhibit that features actual remnants of the Roman’s gladiator lifestyle – as in rock and infrastructure from way back in the day. There’s also a lot of art pieces from this time period, but I really wanted to come by and see this. It’s actually really cool to stand in an area where gladiators were made into celebrities, and honestly really interesting how much hasn’t changed today when it comes to combat sports – well except for the dying.

After the Roman Amphitheatre, I made my way to the Jack the Ripper Tour, led by Jeremy. This is another activity I highly recommend as it not only talks about the mysterious Jack the Ripper, but the victims, how the crimes impacted society, and generally changed the face of London. Jeremy also lets the group know small bits of facts as we walk through the streets, from architecture to cow troughs. Jeremy, if you’re reading this, sorry dude for not giving you a tip! I only had 20 pounds and was way too shy to ask anyone to break a 20. But you’re stellar man!

Also, you see that house above? It’s actually from the 1800s and hasn’t been restored. The owner knows how important it is to keep it authentic, so he hasn’t done any restorations on it. It’s actually used in lots of movies and tv shows, one movie that comes to mind is The Woman in Black. 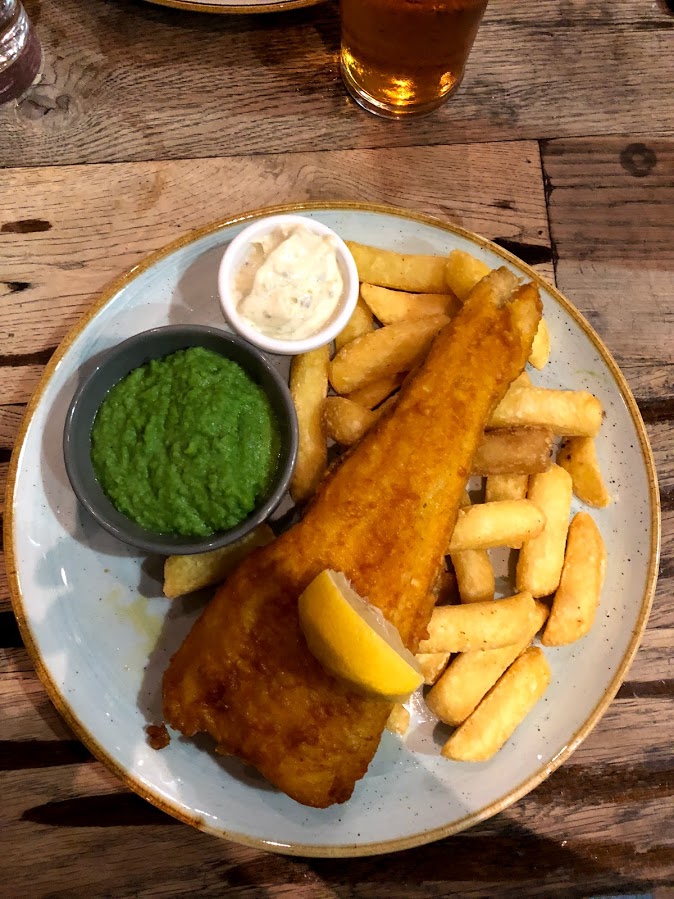 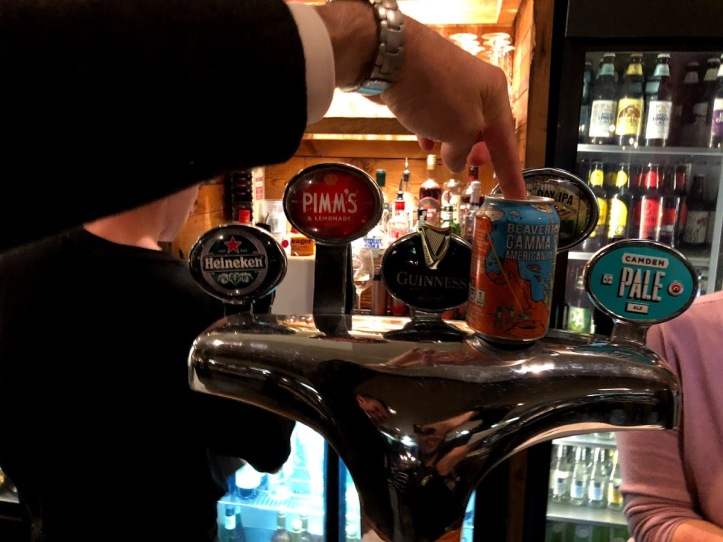 Then I properly do the night life. I checked out Founder’s Arms, which is along the River Thames. One of the really interesting things is that at pubs in London, you need to go up to the bar to order your food and meal, and they’ll give you a number and bring it to your table. Unlike us North Americans, we poshly sit down and wait for someone to come for us. I actually like the way London does ordering as you’re not really waiting on someone – you take a more proactive role in filling your belly and quenching your thirsts. I could get used to that. Oh and fish and chips, I just had to do it, and I was NOT disappointed. That green stuff I thought was guacamole, but it’s actually crushed peas. And the picture below that? This guy held his beer over the taps while I took a picture of them – he must’ve been smashed.

Have a drink along the river. It’s a wicked experience. Check it all out in living colour below.